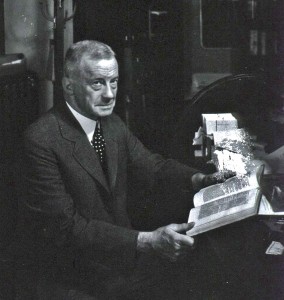 The AAHM did not hold annual meetings during the war years, 1943-45, although it continued to award the Osler Medal and to publish the Bulletin. In 1947 it began to meet independently of other medical societies and to meet in different cities. By the time of its 25th  anniversary, its membership had grown to 578. In the 1960s and 1970s it began to grow more quickly, in part by attracting members with graduate training in history, history of science or medicine or in another of the social sciences, as well as librarians and archivists. By the 50th anniversary in 1975 membership had reached 988, and its annual meetings had larger, more diverse programs with parallel or concurrent sessions. It also sought to recognize and to encourage a wider range of scholarship and other types of scholars with new awards. The Shryock Medal, a second student prize, was awarded for an unpublished essay by a student enrolled in a graduate program in the humanities or social science. It was awarded for the first time in 1984. The Jack D. Pressman Burroughs Wellcome Fund Career Development Award has been awarded since 2000 to recognize a recent Ph.D. who is working to revise her/his dissertation in the area of the history of 20th century medicine or science. The J. Worth Estes Prize is awarded for an article of outstanding merit in the history of pharmacology published in the preceding two years. It was first awarded in 2000. Since 1988 the AAHM has also made a Lifetime Achievement Award to an individual with a distinguished record of support for the history of medicine.

The AAHM has sought to encourage scholarship and teaching in the history of medicine in a variety of ways. Since 1940 it has actively encouraged the formation of constituent societies. A number of other, more specialized societies meet annually with the AAHM. The largest of these is the Sigerist Circle (established in 1990) which encourages the historical focus on issues of class, race, or gender or the use of Marxist, feminist or related critical methodologies. There are also less formal caucuses or interest groups that meet during the annual meetings. These include the clinical historians and the women historians. In some years the AAHM and the American Osler Society meet in the same location in sequence. From 1940 until 1965 the AAHM prepared an annual bibliography of current articles on the history of medicine for publication in the Bulletin of the History of Medicine. Beginning in 1965 that task was assumed by the National Library of Medicine with its print Bibliography of the History of Medicine and subsequently with its on-line bibliographies. The AAHM has also sponsored several studies of the current state of teaching medical history in North American medical schools and of graduate programs in the history of medicine. These have resulted in important published reports. The Association has not forgotten its roots in the International Society for the History of Medicine, It continues to send an official delegate to the international meetings, and individual members also attend.

Currently the AAHM continues to hold annual meetings with rich and diverse programs of papers, luncheon workshops, less formal interest group meetings, and ample time for conversation among members with shared historical interests. Current membership exceeds 1,000 with attendance at annual meeting between 400 and 450. The Association prides itself in fostering a congenial environment for the presentation of scholarly work and for discussion and debate, and in recognizing and encouraging historical research and interpretation of the highest quality.