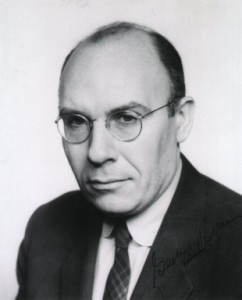 The George Rosen Prize is awarded to one or more authors/creators of an article, essay, edited volume, historical monograph, museum exhibition, film, or other significant contribution to the history of public health or the history of social medicine published or created in the six calendar years preceding the award’s nomination deadline, i.e. from 2015 to 2020. “Social medicine” here refers to historical efforts to heal, relieve, or prevent diseases arising inherently from social circumstances and is intended to be distinct from the “social history of medicine.” In this context, “social” refers to the perspective of the historical actors and not to the perspective or methods of the historian. Historical monographs are recognized in even years while articles, edited volumes, or museum exhibitions, films, or other significant works are eligible in odd years.   The award will be presented at the annual meeting of the American Association for the History of Medicine, in Madison, Wisconsin, May 13-16, 2021.

The award is named in honor of George Rosen, physician, public health administrator, past-president of the AAHM, and a major contributor to the history of social medicine. The AAHM Council established the award in 2014 thanks to the generosity of the Susan Rosen Koslow.

The chair of the 2020-21 Rosen Prize Committee,  Charlotte Borst, welcomes suggestions of edited volumes, exhibits, films, and other creative works to consider for the award. Publishers nominating an edited volume must send a copy to each member of the committee.

To nominate materials and to obtain mailing addresses of all committee members, contact Charlotte Borst, Chair of the George Rosen Prize Committee, at charlotte.borst@gmail.com

2016: Erica Charters for her book, Disease, War, and the Imperial State: The Welfare of the British Armed Forces during the Seven Years’ War (University of Chicago Press, 2014)

2015: Margaret Humphreys for her book, Marrow of Tragedy: The Health Crisis of the American Civil War  (Johns Hopkins University Press, 2013)